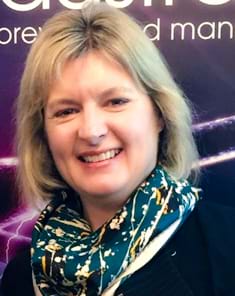 September is international Pain Awareness Month (an initiative of the International Alliance of Patients Organisations) so it’s timely to be reminding politicians of the need for leadership at a national and state level, particularly the need to support the National Pain Strategy.  That’s what we have been doing.  Chairman Robert Regan and I have met with Health Minister Greg Hunt, Minister for Ageing and Indigenous Health Ken Wyatt and NSW Health Minister Brad Hazzard this month.  We have also met with Catherine King, the ALP’s Shadow Health spokesperson.  All have been very positive.  It has been reassuring that there is an understanding of the significance of pain in the Australian community and the leadership role that governments can and should play.

With codeine up-scheduling imminent, the need for a real-time monitoring system supported by effective pain management services, information and supports is high on the agenda for governments.  A conservative estimate of 1 million people will be affected by the TGA’s decision to up-schedule codeine on 1 February 2018, and all governments should be concerned about the possibility of a public backlash.

Painaustralia supports the implementation of the up-scheduling legislation which brings Australia into line with other regulatory agencies around the world.  Most comparable countries have already moved to restrict the widespread use of codeine products for chronic pain conditions.  Painaustralia is represented on the National Codeine Co-ordinating Implementation Working Group bringing together all key organisations with an interest in ensuring that the up-scheduling implementation is as smooth as possible.  Many people are using codeine regularly (quite often for chronic pain for which it is not always effective).   Painaustralia is keen to ensure that people living with chronic pain are aware of, and can access, appropriate pain relief options when codeine is no longer available over the counter.

Painaustralia has also supported the announcements by the Victorian and Federal governments of real time monitoring for prescription medication use.  We note the Victorian Government’s progress and look forward to further consultation around the national system which will come into place in late 2018.  It’s important that these systems are designed to alleviate harm and support people with pain to access the most effective treatments.  It’s also essential that a national approach is developed given the limitation of monitoring use within state borders.

The broader issue of opioid prescribing, use, dependence and (often accidental) overdose will be a focus of Painaustralia and ScriptWise’s #Notwise campaign which is being held in conjunction with NPS Medicineswise Choosing Wisely campaign from 26 September 2017.  The campaign will highlight the need for more effective referral and accessible services to address chronic pain.

Meanwhile the push for more readily available medicinal cannabis continues to grow although the scientific evidence for its benefits in treating pain remain limited. Painaustralia attended a TGA forum on the evidence, highlighting the need for more research to more clearly identify its role in pain management.  We will continue to participate in the ongoing review of regulation in this area and are keen to hear from our members on this issue. Please take a moment to tell us what you think about medicinal cannabis for pain management by completing our short survey.

One of the highlights of the last month was a ‘think tank’ between the Australian Pain Society, Faculty of Pain Medicine and Painaustralia to discuss various current issues.  The forum was positive and productive and we look forward to continued dialogue to ensure our positions align on key policy issues in pain.  A united voice will be much more effective particularly when these issues are gaining public and political momentum.

On a personal note, I would like to take this opportunity to wish Lesley Brydon well as she rehabilitates from recent surgery.

As Painuastralia relocates its office from Sydney to Canberra to facilitate better engagement with the Federal government, we are sad to be saying farewell and thank you to former team members Karina Knight (who resigned in April 2017 but has provided some ongoing assistance since) and Anda Maria Illie (administrative support).

I am pleased, however, to announce that two new staff have joined the Painaustralia team in Canberra – Nick Nguyen who will be the contact point and is the tech genius supporting our website, and Louise Moes who has outstanding policy experience across government and non-government sectors, particularly in social policy.  I am looking forward to working with them and Linda Baraciolli who will continue to work with Painaustralia on media and communications.

Please enjoy this edition of eNews and let us know if you have any special issues or interests you want to see in future editions.