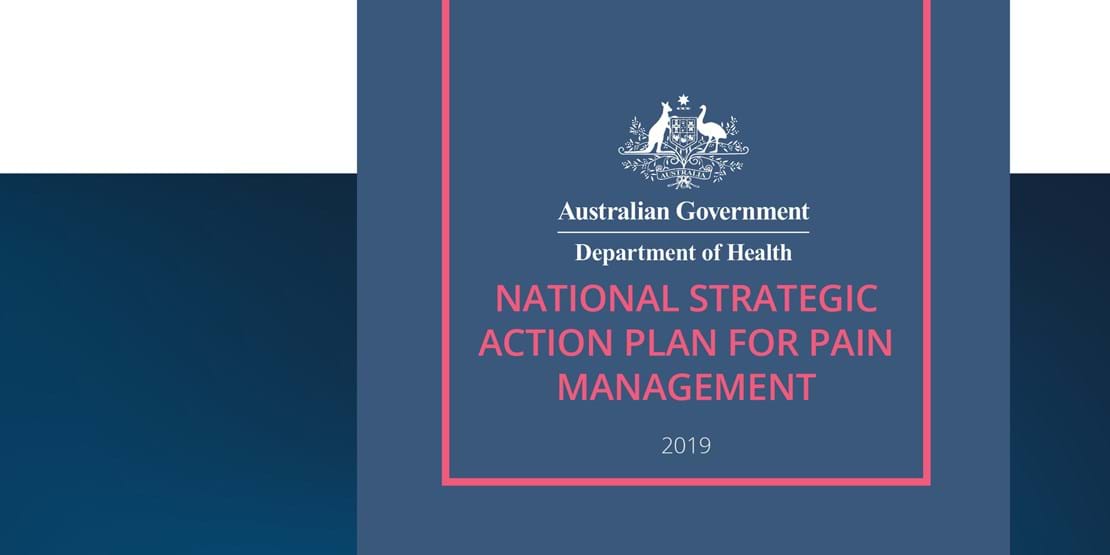 Painaustralia is Australia’s leading pain advocacy body working to improve the quality of life of people living with pain, their families and carers, and to minimise the social and economic burden of pain on individuals and the community.

Painaustralia National Patron, Air Chief Marshal Sir Angus Houston AK, AFC (Ret’d) has welcomed this announcement. “As Chief of our Defence Forces for many years, I witnessed the impact of pain on hundreds of personnel and saw first-hand its significant role in changing the life trajectory of many young people in the military – imposing disability and a life of ongoing challenge to function and participate in society and community.”

“As a country we need to take a more strategic national approach to a growing and complex epidemic that affects millions of our people, and the Prime Minister’s announcement will take us one step closer to alleviating the burden of chronic pain on thousands of veterans and their families and carers,” Sir Angus Houston said.

According to the Australian Institute of Health and Welfare, between 2002–2017 the age-adjusted rate of suicide in ex-serving men was 18% higher than in Australian men. Many factors are associated with higher risk for suicide in veterans, with chronic pain an often overlooked one. A US study found that moderate and severe pain over the course of a year increased the risk of a suicide attempt in veterans, even after considering other risk factors.i

Veteran and Invictus Games competitor and Painaustralia Champion, Pete Rudland, knows first-hand the impact of chronic pain. Pete joined the Army in 1989 and was medically discharged recently. In 2010 he survived a Blackhawk helicopter crash, but the fatal accident left him with bleeding on the brain, organ damage and broken bones in most of the major parts of his body.

“The mental health of veterans is receiving increasing attention but what is not often highlighted is the extent to which mental health problems, and post-traumatic stress in particular, are underpinned by a pain condition that becomes chronic and disastrous if not well managed,” Pete said.

Painaustralia CEO, Carol Bennett, welcomed the announcement “Australia is facing a pain epidemic. With over 3.24 million people living with pain every day, we need support across as many areas as we can get. Pain costs our country a staggering $140 billion every year, yet people living with chronic pain including thousands of veterans struggle with limited access to options, with doctors and consumers continuing to rely heavily on prescription opioids to manage what is a multi-faceted, complex condition that needs more sophisticated responses,” Ms Bennett said.

“The Morrison Ministry was the first in the world to support the development of a National Strategic Action Plan for Pain Management, currently being considered by the Council of Australian Governments. With the announcement of the new Commission, we have another opportunity towards ensuring that Australia will lead the world in implementing best practice strategies to tackle chronic pain, and minimise the huge toll pain takes on our veterans and all Australians,” Ms. Bennett said.

Painaustralia is Australia’s peak national pain advocacy body working to improve the quality of life of people living with pain, their families and carers, and to minimise the social and economic burden of pain on individuals and the community.

Life after opioids: 'We have not served our patients well'

Life after opioids: 'I went home and cried for a long time. I felt really stupid'

Researchers at the University of Sydney have used human stem cells to make pain-killing neurons that provide lasting relief in mice, without side effects, in a single treatment.  Prof Paul Glare interviewed https://buff.ly/2U0Fwe9 ( also aired on Channel 10 News)

Canberra women with endometriosis are self-medicating with cannabis, but legalising the drug might not help

Patients being overdosed on painkillers after surgery

Pharmacists & the journey of pain

Putting pain services on the map