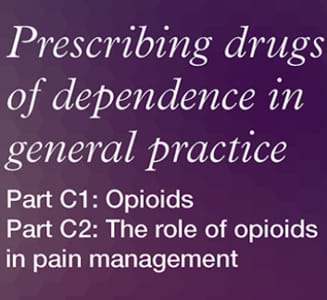 Painaustralia endorses the sentiment of RACGP President Dr Bastian Seidel that ‘for many people, good pain management can transform their quality of life, allowing them to work, be active, and in the community rather than being functionally disabled.’

The RACGP note the remarkable statistic that 20-40% of adult consultations in Australian general practice involve a chronic pain complaint.  These figures underline the importance for general practitioners in feeling comfortable to better support their patients with chronic pain.

Painaustralia CEO Carol Bennett says the guideline will be a very important resource for GPs: “Unfortunately many consumers have been led to believe that opioids are effective for management of ongoing chronic pain.  Better awareness of the ineffectiveness of opioids for chronic pain as well as pathways for best-practice pain management are important to address these misunderstandings.

We also need sound alternative treatments and supports other than medication for people with chronic pain.  A public awareness and education campaign is needed to compliment this new guide for doctors and ensure that the community understands best-practice pain management.”

There has been a worrying increase in the number of opioids being prescribed for ongoing chronic pain conditions in recent years.  The latest general practice data shows that an opioid was prescribed in almost three in four (72.7%) occasions of general multisite pain management.  Between 1992 and 2012, opioid dispensing increased 15-fold (500,000 to 7.5 million) and the corresponding cost to the Australian Government increased 32-fold ($8.5 million to $271 million), while opioid-related harms, hospitalisations and accidental deaths also increased.

According to the Australian Bureau of Statistics, in 2017 opioids were associated with the largest number of drug-induced deaths since the 1990s.  People with unmanaged or poorly managed chronic pain are at risk of drug dependence and misuse, as well as accidental overdose – despite opioids being ineffective for ongoing pain.

The opioid prescribing guidelines are available from the RACGP website: www.racgp.org.au/your-practice/guidelines/drugs-landing/