Mental Health a Big Issue for People Living in Pain 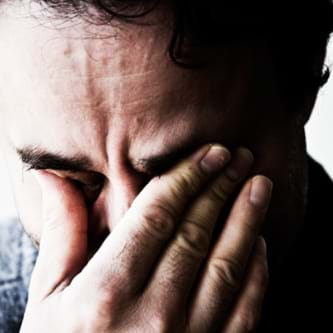 Figures released by the Australian Bureau of Statistics show one in five Australian adults with severe or very severe pain also suffer from depression or other mood disorders – four times the rate for people without pain – and one in three have high levels of psychological distress. There are high levels of suicide ideation, plans and attempts in people with ongoing pain, and physical health problems have been implicated in 21% of suicides in this country.

Yet in the time since these figures were released, there has been limited action on chronic pain and we believe it’s time to get serious about implementing a national pain strategy to provide better support for people living with ongoing persistent pain.

Speaking on World Mental Health Day, Painaustralia CEO Carol Bennett said more needs to be done to adequately address mental health issues in the community where pain is also a factor: “These are alarming figures. We have millions of Australians living with ongoing pain which is all-encompassing. It affects every aspect of life including work, relationships, family life, social interactions, level of income, and ultimately emotional wellbeing and mental health.

“We now know there are people taking their own lives because they are unable to access the level of best-practice care that could provide them with quality of life and hope for the future. As an advanced society it is simply not good enough to leave people waiting in pain without appropriate care. People in rural and remote Australia are particularly disadvantaged.”

Over four million Australians live with chronic pain and prevalence increases as we age with as many as one in three older Australians and up to 80% of aged care residents in chronic pain.  People are waiting up to a year or more to access best-practice pain care in a multidisciplinary public pain clinic. Many rely on drugs that in themselves cause problems.

“We can and must do better for the millions of Australians living in pain,” she said.