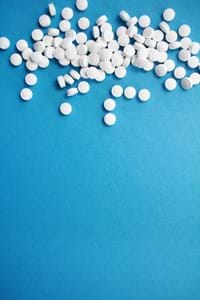 This report provides an analysis of a survey conducted by Painaustralia to gauge how people with chronic pain have been impacted by the opioid reforms implemented on 1 June 2020.

Painaustralia received an overwhelming response to the survey, which had nearly 600 responses over the course of 10 days. The survey also drew commentary from consumers on social media platforms, with nearly 300 comments on the original post. Overwhelmingly, consumers have reported further creation of additional and significant barriers to pain management for an already vulnerable cohort.

As Painaustralia has reported to the Opioid Regulatory Advisory Group and the Opioid Reform Communications Committee, the chronic pain community had already been reporting adverse health outcomes from the impact of the bushfires. The subsequent pandemic and corelated challenges in accessing primary and preventative care services have had a major effect on the chronic pain community. The rollout of significant reforms on 1 June have exacerbated challenges faced by people living with chronic pain, as has been demonstrated by the several calls from distressed consumers, many who mention suicidal ideation.

In the wake of recent changes to the availability of pain medicines, many in our networks have asked what medicine scheduling means and how it affects them.

If you are walking down the street and stopped by police, you’d certainly rather have just picked up a schedule 2 substance than a schedule 9. If you are feeling ill and need relief, your GP may prescribe you a schedule 4 medicine.  What does this all mean? Let me explain.

In June 2020, PBS changes were introduced along with new regulatory changes aimed at restricting the long-term use of opioids.  These changes were implemented to reduce hospitalisations and deaths caused by opioids.  Some of the associated measures included reducing pack sizes of opioid medications to just 10 tablets, restricting repeat prescriptions and encouraging doctors to wean their patients off the drugs where possible while not prescribing to ‘opioid naïve’ people...

“The opioid reforms have been accompanied by a dramatic increase in stigma around not just opioid medications but also chronic pain itself. Healthcare professionals are now even more predisposed to approach chronic pain patients as though they are drug-seekers. And it hasn’t gotten any easier or cheaper to access alternatives to medications.”...

Over the course of the past couple of months, our office has been inundated. Since the rollout of the opioid prescribing changes on 1 June, our staff, along with the chronic pain community and prescribers, have been caught in the impact of these significant reforms...